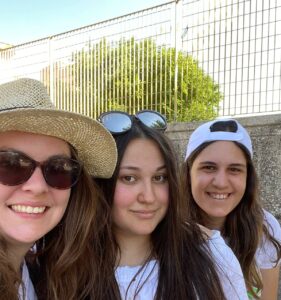 Name of the project: HOPE – Hands-On Project for Europe

The project took place in Italy, Matera, Masseria la Fiorita farm. From the very first day of the project everything felt like a home. Project Leaders and Farm holders were very friendly and nice. The venue of the project was amazing, especially the animals there. 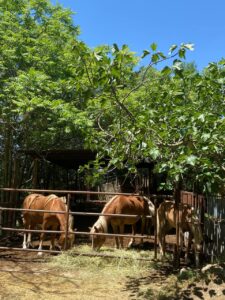 Very first day of the project was so impresing, we were meeting each other, playing games and doing energizers. At first it seems impossible to remember the names of all participants, or from where they are coming. But non-formal education was super handy as we were getting to know each other during games.

During the first week we were exploring the farm, learning how to live together, how to split the tasks, clean and cook. There were 5 groups and each day different groups were cooking and cleaning. This organized idea gave us the opportunity to explore not only Italian cuisine, but also from other countries, for example Indian. 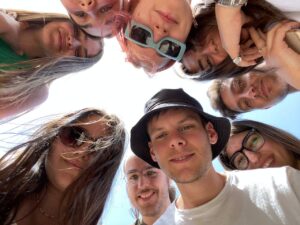 The project itself was about a brighter future, how we can help our Earth and of course learn how to decrease the damage that humanity does. We, as Green Influensers, made a flash mob in the center of Matera. We learnt the dance and created posters to share with people that our Earth needs our help.

But our actions were not only dancing, after we went to nature and cleaned around.

Then we had our first Tandem!!! 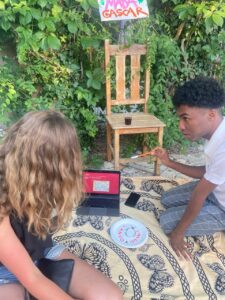 That was something really special. I represented Estonia and Armenia there. People were coming, asking about countries, trying food, learning the alphabet. We were presenting different countries, so we created passports for people, so they would walk around and earn stamps from different countries.

So the main Idea of the first week was to get to know people around, share with them your knowledge and gain some new knowledge.

On the first weekend, I had an opportunity to travel with friends from the project, as it was our free day. We went to Gravina, where the last James Bond was filmed!

Next week we were learning huge important topics, such as the European Green Deal and Green Washing. We were learning through games and peer education. So after receiving that amount of useful knowledge, we decided to organize the next tandem, where we taught people about the topics, showed them how they can recycle products and in general help the Earth. Also the venue of 2nd Tandem was really beautiful and close to nature.

During the project we have done another important aspect. We left our art in Italy! We helped to the farm, and as volunteers we created a sketch and drew the wall in the Farm. The motive was of course nature.

We were exploring nature, we even learnt how to make cheese! 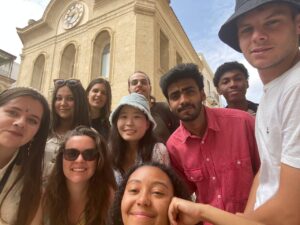 And on the 2nd weekend I had an opportunity to visit Taranto and swim in the sea, which was great.

So to sum up, the volunteering project was 2 weeks, 30 hours per week. And as you can see we completed all our tasks with lots of fun. We organized extra events, flash mobs, trips and everything possible to enjoy the experience. 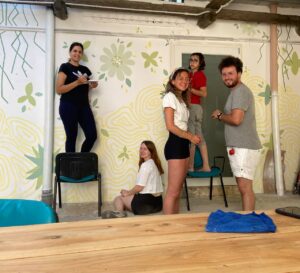 I enjoyed it the most because I was a part of something really great. I inspired and got inspired, I met amazing people, learnt a lot and shared a lot.

So my personal advice is never lose a chance to participate in the Erasmus program, you will regret it if you won’t.

Places, faces and those people…