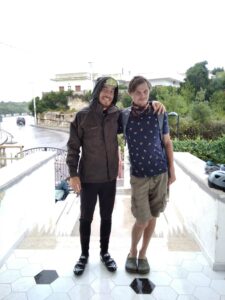 In September this year I decided to go to a 5 week volunteering project in Lecce, Italy. The goal of the project was to encourage people to cycle and preserve the environment. I applied for this project mainly because I wanted to see what it would be like to live in another country. Since I had only been in short term training projects I had not been able to get that experience. A few days before the project I felt a bit nervous because the project was mainly about cycling and I thought that all the people there were going to be professional cyclists and I would have trouble keeping up. Luckily, that did not turn out to be the case. People there were normal people like me who just cared about the environment. 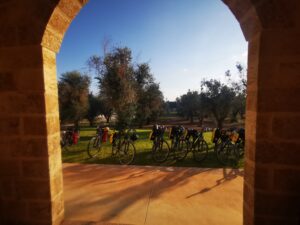 The first part lasted for about one and a half weeks. It consisted of writing blogs, making t-shirts and stickers, as well as mentally preparing for a long trip like that. We also took part in some demonstrations against global warming, listened to lectures about the green way of living and environmental problems in this area.

After that we went on the bike trip. It lasted for 12 days and we met a lot of fascinating people with whom we had interesting discussions about the environment. Of course, we had plenty of opportunities to enjoy the picturesque Italian landscape. It was very different from where I am from. Cycling in the mountains was a totally new experience for me as my country is completely flat. Going downhill at high speed was hilarious. 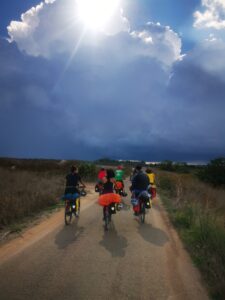 We hit some serious thunderstorms while we were on the bike trip. Luckily the temperature was still warm enough for me and usually it cleared up in the evening. During the bike trip we stopped and cleaned some naturally beautiful but littered places, such as stunning beaches. The bike trip for me was not all that tiring because the pace was pleasantly slow. But it was still a lot of fun and very educational.

After the bike trip we had some free days to rest, to reflect on the bike trip and summarize the things we had learned. During that time we stayed in a cozy manor house with a pool in San Cesario.

In conclusion, this project was a great experience for me and I learned a lot. I would recommend this project to anyone who is interested in conserving the environment and\or is fond of cycling. 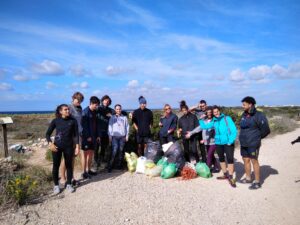 Read about the preparations to the bike tour HERE