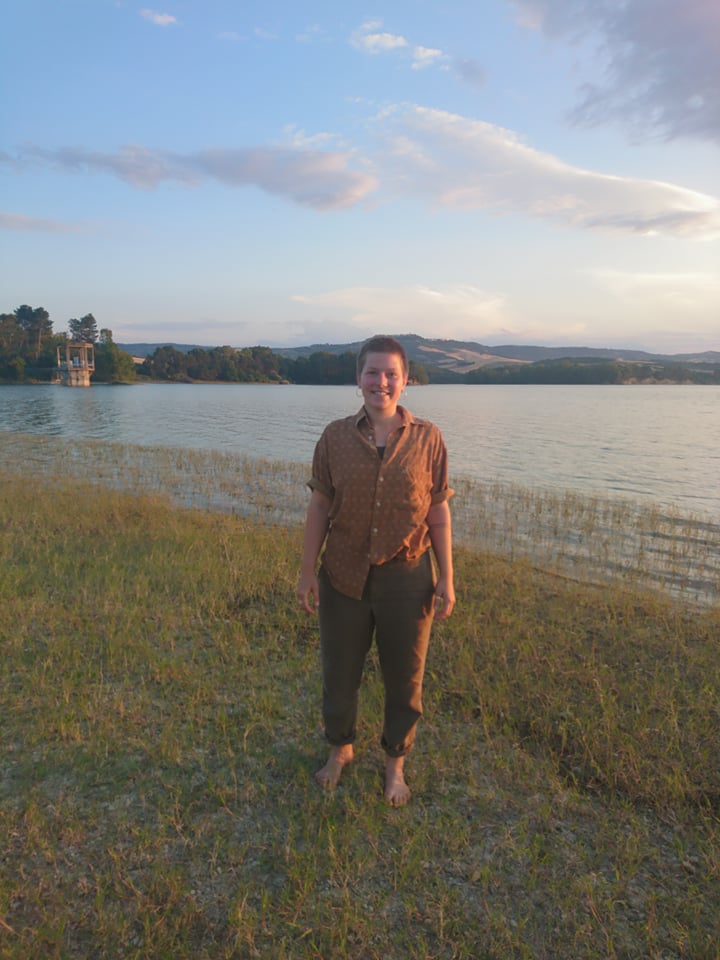 The first week we have mostly been at the Agorateca. Agorateca is the home for the association LINK with their indoor working space, radio room, terrace and garden. In the garden there is a place for chilling and growing the vegetables. Besides the Agorateca people, the garden is for the use for the next door school. They not only have brakes in the garden, but as much i have understood also lessons to learn about gardening and composting and sorting the trash etc. 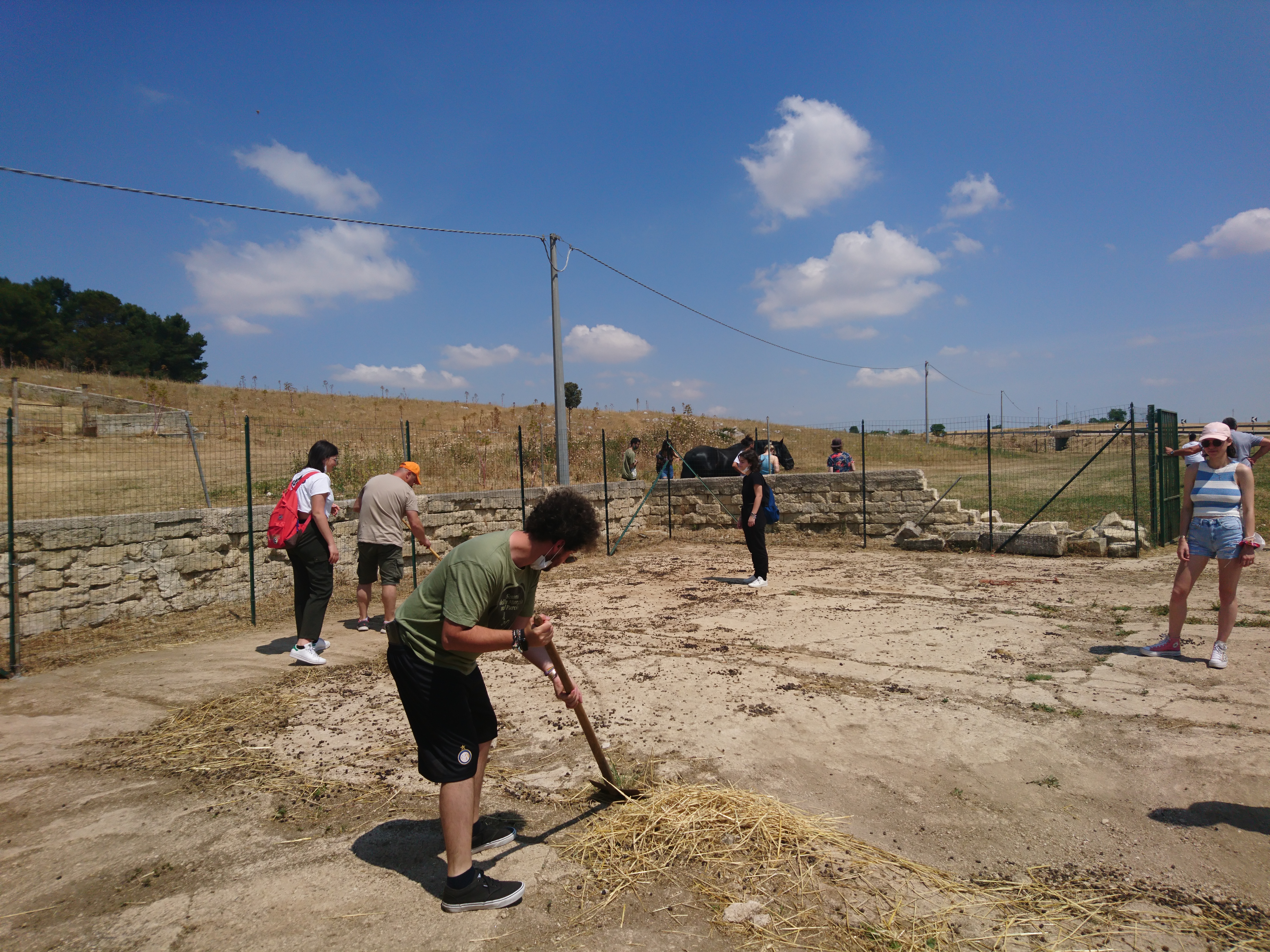 So as I started, we have been mostly in Agorateca and worked there. For the most of the time I took part of the building project. They are planning to have concerts on the terrace and for that they are in need of sitting places on different levels. So making the those chairs out of ”euroalused” was our goal. Tasks to gain that goal were to break them to pieces, so that we can use almost every piece of wood again in different way, also afterwards polishing the wood, cutting it, getting the nails oit and for the connecting we have to screw them together.

I also participated in gardening. Our group of volunteers was divided into groups, so we could do diffrent things. So when i went to gardening the other group had already prepared the soil and my group had to make lines in the soil, water it and then plant. We planted peppers, some sort of mynth, basil and tomatoes. New thing i learned from that was that they lay hay around just planted plants to keep the soil wet for longer as the sun doesnt get under the hay as fast it could dry the soil without cover.

Also we had some activities to get to know each other better. For example we had to teach other volunteers the basics of our language. Our group consists of italians, the french, the spanish, latvians and estonians. And we also shared some basic kbnowledge about our country consisting information about f. e. the capital city, usual breakfast and weird traditions. 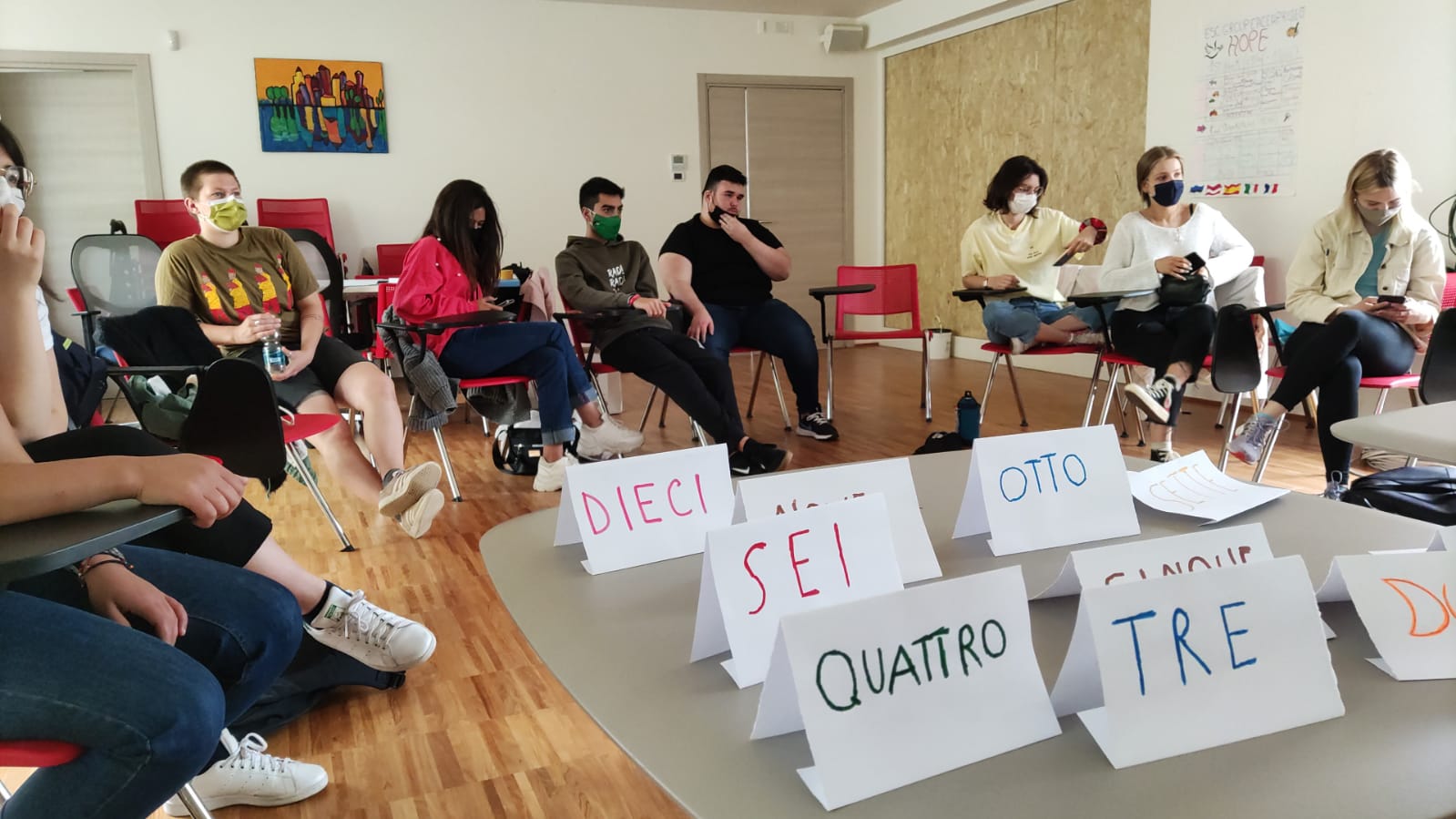 We started our day in the farm, where was horses and sheep. The farm actually produced cheese out of their sheep’s milk. Our job there was to help cleaning the sleeping and living places for the horses and sheep. And then putting them food. After our work one of the farmers took us to see ponies and a donkey. And after the farm activity we were taken to the Castel de Monte which was built in the 12th century and is one of the biggest octagon shape castles in Italy.