Previous Next
Lets Do It Volunteers – ANN ARO – 12 Months Volunteering in Skopje, Macedonia 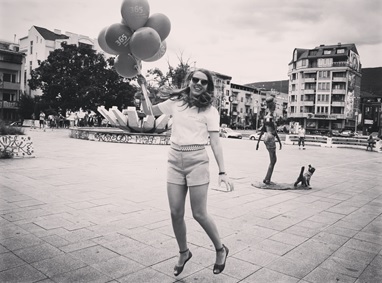 My name is Ann I am 25 years old and I just finished my long-term EVS in Skopje, Macedonia.

I was volunteering at a local NGO called Volunteers Centre Skopje where my main project was to work on youth magazine called “VOICES”.

How did I choose my project?

Even when I was younger I always had a plan to volunteer for a year. I did not know where and when but I knew I would do it. As soon as I finished my studies in University I knew that it would be a good time to volunteer. So I started looking for a project and it didn’t take me long to find one in Macedonia that I found interesting. After that I was faced with waiting for my visa, but when it was done I was good to go. 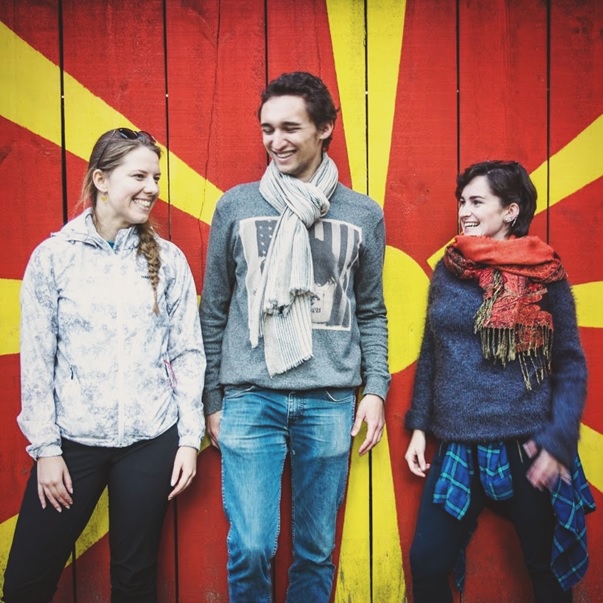 So what did I really do?

I did a lot of different thing but the main project was “VOICES” magazine as was previously mentioned. Once a month we would publish the magazine. We would do everything starting from writing the articles to doing the design for them and managing the promotion. I also had a chance to manage the Blog for the magazine which was great since I also wrote some repotages for the events and projects we were part of. Working with Voices gave me a lot of experience on working with different nationalities and how we see things. Since we all worked on the magazine and had to communicate to make it good. It also made me think more through the eyes of young people since that was the main target of the magazine. As the time went on I started to also be more creative with the designs and got more used to  using InDesign so that was very nice.

If it looks now that sitting in the office is all we did, then that’s not true. Our team had also a chance to meet various media outlets. We visited local radio, tv and newspaper to see how they work and what is their opinion on current situation in Macedonia. 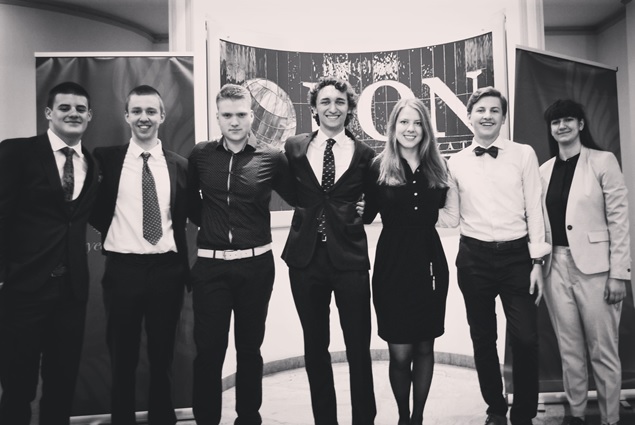 About other things I did:

One of the first things we did with the volunteers was having different activities for young people. We hosted language cafe and karaoke, Board Game nights, Movie nights, Culture nights etc. It was just a way to give young people something fun to do and also to integrate the volunteers into the Macedonian society. After that we started with going to High Schools to do workshops on different topics like communication, volunteering, Erasmus+, writing a CV, non-formal education, goals etc. Giving presentations in Schools really helped me to be more confident in public speaking. At first I wasn’t sure how well the children would understand English and if the topics would interest them, but in the end of the day it was all good. I also managed to teach English in an language school. It was great to use non-formal ways to teach, because the students were excited and did not know what we will do next.

VCS took also part of few cleaning projects. We managed to clean electronic waste and also cleaned a playground for a local community. It was great to see that with both of this projects there were a lot of local volunteers that came to help. We also had a great experience with local volunteers at Wizzair Marathon where we helped out. 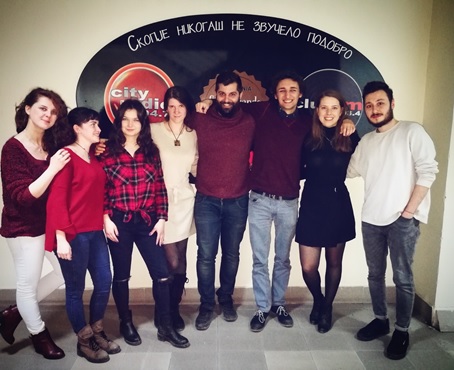 In summer it was time to go around Macedonia and volunteer at festival. It was very cool because we  had a chance to enjoy and also to write a reportages. My favourite was Dojran festival where we also had a chance to promote our magazine.

Going to Macedonia I had no idea I would have a chance to also take part of projects close to the topics I studied in University. But I did the first one was Macedonian Model United Nations (MMUN) which was held in Skopje. It was great experience our team was picked for advanced country (UK) and I got  to be a delegate at Security Council which was amazing. After that experience I had another simulation in Tetovo but the topic was Climate Change. I loved that one since Macedonia has a lot of issues with air pollution. At that simulation we had quite many foreigners taking part so later it was nice to discuss about the issues in Macedonia and how they see them. 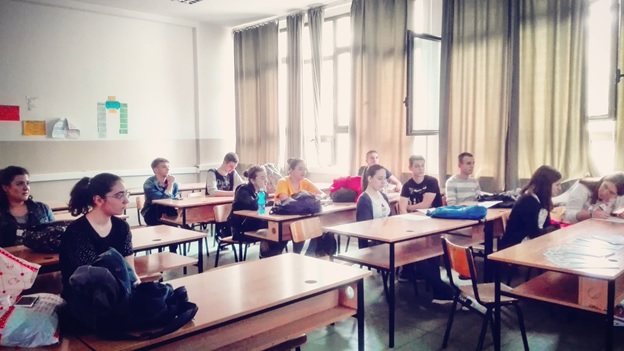 For visits that were more topics of interest. I visited local roma children center few times to see how the community works. It was interesting because we had some VCS volunteers whose main project was working there. So it was great to see what their project is about.  Before I came back to Estonia I also visited a refugee camp in Tabanovce. Big thank you here to LEGIS who gave me the opportunity to do so. It was very eye opening experience to see the people there and talking with them.

I was very lucky in a way that I had a chance to visit a lot of NGOs around Macedonia and really see what they were up to.  I met a lot of  foreign volunteers that were doing their EVS in Macedonia and It was so nice to see how is their project going and have this EVS bond. My last project I took part was actually a study visit around Macedonia where we also had volunteers sent by NÜH who are going to start their EVS journey soon in Macedonia. I really wish them all the best. 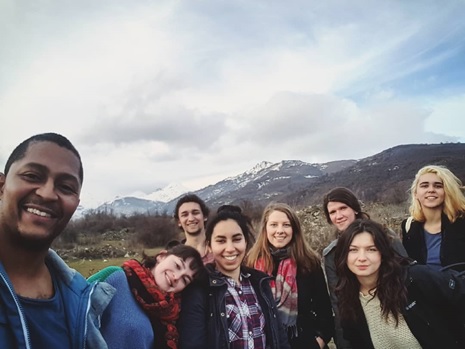 If you think that’s all then no it’s not. My main side projects were working with disabled young people in a daily center once a week and teaching swimming twice a week. The daily center was great since I worked with people who knew what they were doing and the children were so great and open.  I really learned a lot from them about patients and seeing the small progress which makes a big impact in people’s lives. When working with disabled people was more like a new thing for me teaching swimming was something that I had done for so long. But I had never done it without speaking the language. So I had a challenge, which in the end of the day I think I conquered. I was so happy to see the progress that the children had after few months and it made me do happy. I was very lucky to be picked up by a local swimming club called Vardar.

What did I learn?

Well I already wrote what I did but I must say the most important thing I learned while being in Macedonia was patients. Also I learned to take initiative to make things happen.

But there is one thing I can not forget and it is the people I worked with. The hosting NGO VCS was great with all my ideas we found a way to make them happen and the support was great. I am very thankful for that. 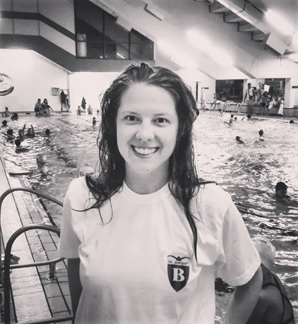 Why I wrote this mostly in plural sense was I did a lot of things together with other EVS volunteers. It’s just weird to think that for a year we were so close and learned so much from each other. Not only were we different in nationality but also our personalities were often the opposites. But that did not stop us from being this little EVS family. I think if it wasn’t for the people I would not have enjoyed the project as much as I did. Because I really feel lucky to have met and worked with the team I had, they were so great and I learned so much from just being around them. So shout out to Paulina, Antoine, Chloe, Aida, Chris, Robin, Jorinde, Dounia, Paula, Ruben, Tania and Denis. I can’t forget My lovely flatmates Ola, Maja , Farah, Jana, Atahan and Ana. I was very lucky to have nice flatmates. I feel like I did a big trip not only in Macedonia but in the world having volunteers from France, Poland, Slovenia, Turkey, Belgium, Spain, Russia, South Africa and little shout out to Laura from Lithuania who came back to Macedonia after her EVS ended. If it sounds now that I only hang out with foreigners it’s not true I also gained great local friends who really helped us out when we got confused etc.

Coming back to Estonia I feel that I am more mature and independent and living in Macedonia was incredible experience. It wasn’t something easy to do but going there that was what I wanted. My idea was to grow and I think I accomplished that. 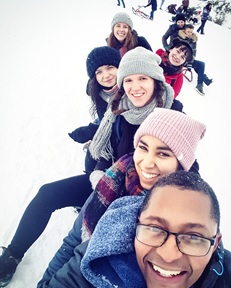 Thank you NÜH and Marco for giving me the opportunity!