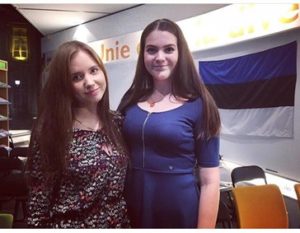 Hello, I’m Hedi and I spent 12 months in Bordeaux, France, where you can find the best chocolatines, baguettes, and of course, great Bordeaux’s wine.  I grew up in a small town in Estonia, where my biggest dream was to travel and see the world. Before doing my EVS in France, I was also doing some voluntary work in my hometown Rakvere, working mostly with children and organising different activites for them. Volunteering has always been something very important for me- by helping ohters I can increase my baggage of knowledge and experiences. I also wasn’t sure what to do after graduating high school, because I couldn’t find anything that I was really passionate about, so I decided to take a year and explore a new culture. 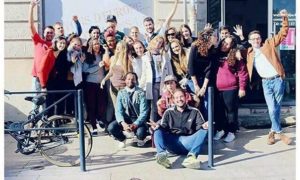 I arrived to France and started my EVS in September 2016. It was the first time ever in France for me, so everything was very exciting and new. Coming from Estonia, the hot and humid summer weather of Bordeaux was really hard to get used to, but in the end it was perfect for going to the beach and jumping into cold but refreshing ocean waves. The first two months of my project were a bit easier on us- we were given some time to discover the life of Bordeaux and to get used to living in flats with our new flatmates. We also received theoretical information about our work in different schools starting from November. Our project was called „Ambassadors of European Values“ and we were woking with people from 7 different European countries – Estonia, Germany, Spain, Italy, Portugal, Romania, Slovakia. We were all working for the House of Europe (Maison de l’Europe), which is all about promoting European values and bringing people from different nationalities together. 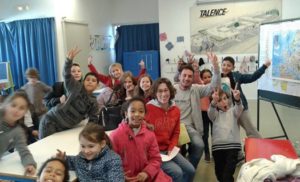 Our main tasks involved working in small groups of 3 people from different nationalities. In each group we had 2 European volunteers and one local french volunteer from Service Civique, who helped us out with translation if needed to. We were going to schools around Bordeaux to talk about our countries, raising awareness of stereotypes and just giving young people the chance to communicate in English. 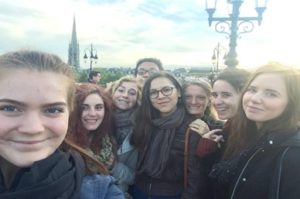 Besides working in schools, we also had to organise cultural events and language cafes, with each month being dedicated to a different country. In February we had to organize an Estonian evening, where we talked about the history of Estonia and much more. We were also serving some typical Estonian food and drinks to the locals. In May we were organising a European village, where locals also had the chance to come and taste the food and drinks of our countries. 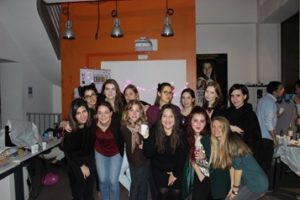 Besides meeting all the awesome and inspiring people from all over the world during my EVS, I also had the chance to travel a lot in France and in Europe, since it’s much easier and cheaper to get to anywhere from France than it is from Estonia. I had the chance to visit my friend in Scotland, warm and sunny Barcelona, green Amsterdam and many ohter places during vacations from work. So besides the culture and beautiful architecture of France, I got to see and experience the life in other countries as well. 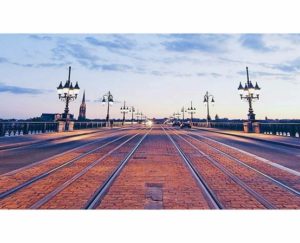 I arrived back to Estonia with important friendships from all over the world (not just Europe) and great memories of fun and exciting trips that me and my friends took. I also can’t forget the children in schools and their faces filled with joy and excitement when they were learning how to dance „Kaerajaan“ or how to sing „Põdral Maja Metsa Sees.“ It was a great experience and totally worth my time. I am thankful to everyone who made this possible for me and thankful to the amazing people that I had the chance to work with and hopefully see again in the future.
À bientôt, France !