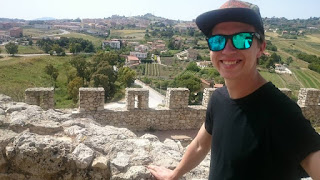 Sicily, sweet Sicily.
My idea to go to EVS came out of nowhere, i just were sitting on my bed one day and started to think about my life. After few hours of hard brain activity i found out that i need some changes in my life and the idea was to go to other country to see other culture and lifestyle.
So i started to search the almighty internet for different organisations that are sending people to EVS projects. After a while i found a MTÜ Noored Ühiskonna heaks.
I was super happy because i had a change to be in there training course one year before and i knew the people in that organisation. I contacted the organisation and we had a meeting where they said that there is a possibility to go to Sicily for a half year EVS project. After that i had a skype conversation with the hosting organisation from Sicily and everything went good. I were finally accepted to EVS project!
Few weeks later i had all my stuff packed, got my plane tickets and all the information that i needed thanks to sending organisation. 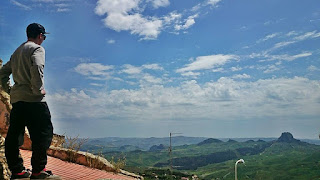 The day my life changed…
I got on the plane in Estonia and had all the good wishes and hugs and kisses with me to go see the world!
So few hours later i land in Sicily, Palermo airport, got my luggage and started to go to my hostel where i had to stay one night, but it was not so easy that i was expecting. It was already 20.00 when i came off the airplane so the bus line from airport to city center did not work anymore, so i took a taxi and got off in front of my hostel what was already closed. After a hour thanks to the hosting organisation i got to my room and went for the first walk in Sicily, Palermo. It was so nice awesome and at the same time little bit scary.
Next day i found my bus station and took a bus to the city that i had to meet my hosting organisation – Mussomeli!
First impression… 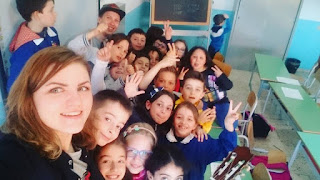 I came off the bus in Mussomeli and the first person i saw where the president of the organisation, Jose, who was just the perfect personality and from that day on i knew we well get along just perfect. They showed me my room and all the house where we should live and work. It was just perfect! The city was small but at the same time it was just perfect and calm and friendly place that i imagined to be!
Few weeks later.. 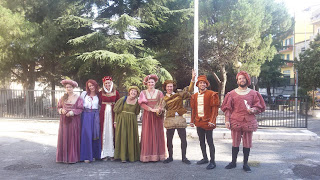 When i was feeling that everything is perfect and all the people i was surrounded where good i started to feel distance from my family and from my friends but all that you need is a PC and Skype and my feelings got better. So i realized that whoever you are and whereever you are don’t matter if you have good friend and people around you who are supporting you!
My weeks in Sicily and activities..
Our group main activities where to teach English in schools to students, help to build to local green parks to look nicer and to make local projects.. and this was just perfect for me and i enjoyed all of it.
My main problem… 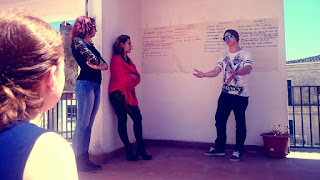 When we had group meeting and we where discussing about what we where learning,where i always found that i didn’t learn something new, until i got back to Estonia and every month i found something new about myself that i learned in EVS and realize it now.
EVS changes lifes!
This Project was financed by European Commission’s Erasmus + Programme
Marco 2018-01-09T15:23:22+00:00