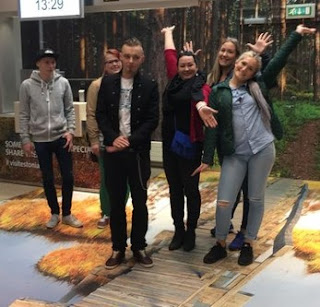 Name of the Youth Exchange: Let’s have a cup of coffee
Date: 31.10 – 06.11.2016
Country/City: Ankara / Turkey
What was the main topic of the event?
Annika Rannamets – Group Leader: The project subject was coffee. At first, though, it seemed that the subject leans more toward different countries, but the more we talked about how coffee is made in various countries, which have different types of coffees and what coffees are the most popular. We learned interesting facts about coffee, for example, it was discovered Kudas. We also visited Turkey’s most important person mausoleum and museum – Atatürk. We also visited the old town of Ankara. The most memorable performance was a treasure hunt Hacettepe University campus. We had to find specific places, monuments and take pictures or videos. Since the place was a stranger, came to ask for help from students.
So we were surprised when we get there and saw – it was really about coffee. We had to find information about coffee history. And all 5 groups find the same information. So some of the groups started to sort out most interesting topics because they saw that all the group works will be the same, if they don’t do anything different.
Joonas-Siim Kadak: First of all i have to say, that i did not expect the projects theme be coffee culture. From the questions you sent us before the project in my mind did not indicate that we are going to learn about coffee. Even though for me it was really interesting. I thought that once I get back home I have forgotten most of the things you spoke about, but it turns out that I remember most of the things. I am not really sure that I remember the dates from the coffee history correctly. These methods you guys used really worked and most of the time it was not boring, I guess that, the long video you guys showed us about Turkish coffee history was tiring but I still remember most of it. 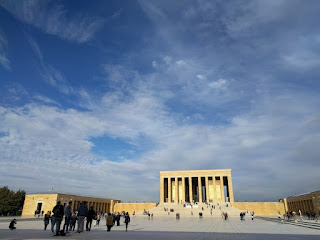 What was the biggest learning moments on the event for you?
Annika Rannamets: I learned about Turkish sarcasm. There was one girl who was afraid of security and was not very sure if she would like to participate if there are problems as media shows us. One night before our trip American government asks their families to leave Turkey. So it was quit risk to join this project. And I could not find courage to ask this girl to join us anyway. I talked with her family and their decision is that its ok to go to project but not to Turkey because unsafety situation. I accepted it. But leader of the project didn’t accept this and I saw the text he was texting to that girl. Those text were misunderstanding, He humiliated that girl for feeling her way.
But it came out that we have had the cheaper ticket – so we couldn’t change her name and if she wouldn’t come – she would lose all the cost of ticket and it was not small money. So finally she was in our team.
Main Activities: Pictures; Coffee history; Popular coffees; Coffee in different countries; Cultural evenings; Get to know each other; Ring Games and Energizers 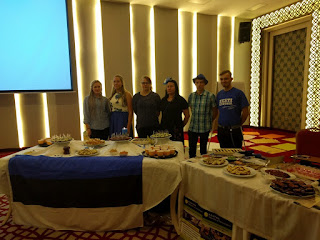 Joonas-Siim Kadak: I liked the idea of being in same room with people from other countries. To be honest, at first, I was a little scared about the idea, but once other countries arrived I saw that it’s not so bad. Energizers were good and fun; kissing a bottle seemed a little weird but as my grandfather used to say, A man got to do what a man got to do. Being kissed on the cheek by another man was weird for me, but I can be sure now that I’m not into men. I would like to point out the circle we had when we had to speak with each other, when we had to say what bothers us and what makes us happy. If you have 30 people in one room speaking in the same time, it is really hard to focus on what the guy/girl in front of you is saying. But on the other hand we had plenty of time to get to know each other during the week.
I loved outside activities we had, I don’t think I can describe that beauty in words that I saw when we were at Ataturk’s museum or at Hatcettepe’s university. I loved that we had a change to move around and do different activities. I can’t complain about the food because it is not in my nature. For me it’s bizarre that they eat so much soup, but I’m from a different culture.
Do you have any plans to continue follow up? If yes, what?
Annika Rannamets: No. We made our own website about that project and we put all the pictures and feedback up there to encourage next group to join similar projects. There was a large interest against EVS in my group – so probably this project made us better people and more motivated in joining other projects and EVS in future.
Would you recommend it to your friends? I yes, why? If not, why not?
Annika Rannamets: Yes. Because it the best place to try your independency and best way to integrate with other countries. 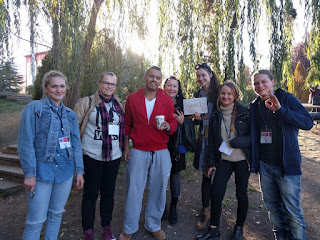 Joonas-Siim Kadak: For the conclusion I can say that, it was fun and really interesting for me. That project was greatly planned. Everyone was so helpful, and never sad. I got a lot of information about coffee and about the types of Erasmus projects. I got myself interested in EVS. I gained friends and loads of experience about life in turkey.

More comments or anything else you would like to share? You can add here in your own language, if you want!
Annika Rannamets: We are very proud to present our website in this lovely week in Ankara: http://minuankara.weebly.com/ Groupleader (15 times!)
Marco 2018-01-09T15:23:22+00:00