Previous Next
EUROPEAN VOLUNTARY SERVICE IN FRANCE – CALL FOR VOLUNTEERS!!! 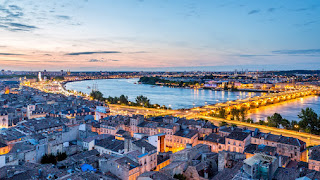 Noored Ühiskonna Heaks (NYH) is promoting a call for volunteer for 2 European Voluntary Service placements called “Ambassadors for European Values” both for12 months, which will take place from 1st September 2016 to 31st August 201 in Bordeaux, France.
Description of the project:
The context in France and also in Europe (rise of extremism, electoral abstention …) needs to value the foundations of the European Union and citizen mobilization of young people around the European charter.
The main idea of the project is a better understanding of Europe and its institutions.
Young people, who will participate at the project of European voluntary service, will implement awareness raising and education that will promote interculturalism and peer learning.
Within the project, there will be 14 volunteers coupled with 5 young people from civic service, who will represent on the territory of Europe multiple, diverse, and engaged citizens around the sharing values, peace…
Each tandem formed by person from civic service and European voluntary service will be the ambassador of values and traditions of European culture.
Such young people will have the opportunity to engage in collective action as well as developing their educational, technical and pedagogical competences.
This project will give them the opportunity to co-construct simply responses (find simply solutions) to local problems and at the same time they will benefit from this contribution in their individual path.
Voluntary activities:
Each volunteer in tandem with a young French civic service with educational or social structures of the territory will intervene during the leisure time. Interventions will be also organised in public space, specialized reception centres (disability, retirement home etc.).
The main activities include: organizing games, debates, cultural activities, sports or the activities will be based on the wills of young people.
The first three months, young people will receive theoretical, practical and technical knowledge and tools, which they will use later, during their interventions. The first three months will take the form of workshop morning and afternoon to create and leave spaces for young people to develop intervention tools suited to their personality.
Young volunteers will create different types of intervention: a specific intervention for raising awareness about Europe, a cycle of several sessions to develop further on a thematic approach (arts, sport, and traditions).
The young people will be the European ambassadors during the European event.
During the first three months of 9 a.m. to 12 p.m. and from 2 p.m. to 5 p.m. alternate who will participate in workshops open creative spaces for young people based on the topics that interest to develop and according pairs.
Pocket money – Each volunteer will receive 115 per month as pocket money plus 8 euros per day for food (so 355 euros per month in total). Moreover, National Agency support them with 50 euros each month (but they will paid it in total once usually after Christmas).
Accomodation – volunteers will live in student’s Residence with other. MEBA will manage everything. In Residence 2 volunteers will live in one appartement with toilette, bathroom, small kitchen and two separated rooms. Each one will have WIFI connection, bed, table and some shelves for clothes. Volunteer should get their own sheets.
The Erasmus + Programme will reimburse 100% of the travel costs for the participants (up to 360 euros). We will provide full health insurance for the volunteer during the voluntary period.
All the interested people should fill send the CV and Motivation Letter in English to marco@nyh.ee.
Application deadline: 30th May 2016
PS. Like our Facebook page and share our posts in order to have more chances to join our activities!!! Facebook: https://www.facebook.com/NooredUhiskonnaHeaks?fref=ts
Marco 2017-12-10T21:43:06+00:00